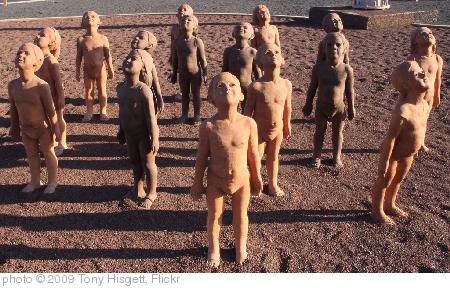 For many people, social media is still very much a mystery; a strange new world where the talk is all about building communities and sharing, yet you can’t help but feel frighteningly alone and bewildered as you try to figure out what you’re supposed to do. Everything is constantly changing. You were just starting to figure out Facebook and maybe even LinkedIn, but people always seem to be talking about some new platform. Lots of people have their own blog, but you were told that blogs were supposed to be dead by now. And although you may not admit it to everyone, Twitter still seems to be just a mix of being complicated and silly. Whom do I follow? How do I follow? Why do I follow? How do I get out of here?

If you feel like you just don’t get social media, let me let you in on a secret… we’re all learning. All of us. No one has all this stuff figured out yet. Really. And that’s perfectly okay. It’s the reason why so many people who really are well versed in social media cannot help but chuckle or groan at the people who call themselves “social media gurus” or “social media experts.” Frankly, there’s no such thing.

Remember the science classes that talked about the Big Bang and the birth of the universe? Spinning hot balls of matter that would continually explode and fling out hot new balls of matter to spin off into their own little worlds? The whole thing was completely unstable, utterly unpredictable, and in many places, entirely uninhabitable. Yet in the midst of all that, Earth was born, and early creatures learned to adapt to it and call it home. That’s pretty much where the social media universe is now. Yes, it’s beginning to cool and feel like home for some of us, but the whole thing is still growing and spinning and morphing too quickly for anyone to claim to be in control or even fully up to date with much of it.

Yes, there are some wonderful people who stand out as being very knowledgeable and trustworthy. Gary Vaynerchuk of Wine Library TV. Michael Stelzner of Social Media Examiner. Mari Smith, whom Fast Company called the “Pied Piper of Facebook.” Darren Rowse of ProBlogger. Chris Brogan of… well, Chris Brogan. And more. If you’ve been playing in any social media field for long, you’ll probably have your own shortlist of people you follow and trust, but even these “experts” will be the first to tell you that they’re not experts at all. They, like all of us, are learning and growing and running and falling and getting up and learning and growing and running all over and over again. They’re just very good at learning with each experience, and then passing along what they’ve learned to the rest of us, who are also learning to run and fall.

Perhaps the greatest secret of all though is not just that we’re all learning, but that we should all have fun while doing it. It’s true that if you let the pressure get to you, this whole idea of living in a great unstable unknown can be overwhelming or even depressing. Sometimes we just want stability. Don’t let the pressure get to you. Frankly, it can be a whole lot of fun to be caught up in the vortex. Enjoy the ride. Stand back and watch the spinning masses. Some of them will become new planets while others will never be much more than just a lot of hot gas. Just picture yourself as part of the crew on Star Trek, and boldly go where very few have ever gone before. Accept the fact that we’re all making mistakes, and keep yourself moving and learning and having fun.

It’s what we’re all doing.

NOTE:  While some of you will indeed be happy enough to have some fun as you learn and figure things out, others will have been given responsibility for guiding a company’s well-being in the social media universe. It’s harder to “have fun” when a management team is waiting to see returns on the time and money you spend here. It’s not easy or even sensible to laugh when a promising planet that you told your company to call “home” turns out to be a ball of hot gas. If you need some help getting serious with social media, let’s talk. If I cannot help you, I can at least point you toward someone who can.

“Lorne: Just had a look at the site. It truly looks amazing! It is exactly what we were looking for! You’ve certainly ‘splashed’ it up and it certainly has that finished look that we were thriving for!

“We are really pleased with the timeline. Congrats a job well done for sure!”