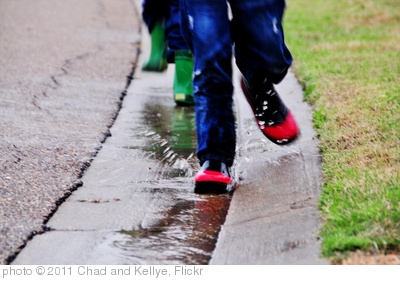 I read an interview with Steven Spielberg years ago that asked the reason for his incredible success. His reply was surprisingly simple: he had never lost his sense of childlike wonder. He could still be excited by a haunted house or thrilled by the idea of a dinosaur.

If hanging on to our childhood is the secret to creativity, how do you rate?

When we were young we often expected more of ourselves and demanded more of others. We had a vision of what we wanted to be, and to meet it we set our own standards of acceptable conduct. No fries except on Saturday; no wearing out-of-style clothes even when you’re just hanging out with friends. But then everyone aged and along the way, some things changed. We became more mature and realized that beauty was “not as important” as it once seemed. Our ideals were no longer seen to be practical, and high standards no longer realistic. As Dan Hill used to sing, “Freedom takes on new meaning when you’ve got a family of five.”

With each passing day and year, we so easily gain weight, become less fashionable, and then realize through “the wisdom that comes with age” that beauty was only skin deep after all, and that we had been shallow to be so concerned. And so the cycle continues. We become more realistic, and let some standards slide. We realize we’re not going to be rock stars or heroes, and so we stop trying. We discover we won’t reach our goals, and so we stop stretching. And tragically, we forget about when we were all beauties and rock stars and artists and stuff. We were all capable of great things. In fact, at times we were all even doing great things. Until we got smarter. And older. And heavier.

Truth is, sadly, we’re often not growing older; we’re just growing old. And yes, you’re right, we can’t stay young forever. But we can be young again. And again and again.

When was the last time you pressed your hand over your mouth to keep from bursting out in peals of laughter? If you’re under 20 it was probably in the last week. If you’re over 40 you probably can’t remember.

So tell me, why don’t you jump with both feet into puddles any more?

Why don’t you jump with both feet into anything any more?

“my practice has doubled”

“Lorne Pike goes above and beyond his duties in providing a marketing plan. With the research and contacts he provided me, my practice has doubled in size.”

Any cookies that may not be particularly necessary for the website to function and is used specifically to collect user personal data via analytics, ads, other embedded contents are termed as non-necessary cookies. It is mandatory to procure user consent prior to running these cookies on your website.