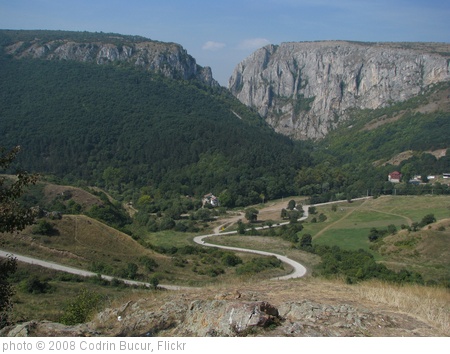 Every country has its own unique challenges, yet it is striking how similar our struggles can be from community to community, country to country, and even continent to continent. The more we recognize those similarities, the better we can apply solutions that worked in one area to others. What’s happening in Romania right now is a prime example.

Paul-Andre Baran is Romania’s new Director of Biblionet, a five-year program to facilitate free access to information for Romanian citizens by fostering the development of a modern public library system in Romania. He was recently interviewed by Neelie Kroes, Vice President of the European Commission, about recent programs that have improved life for families — and women in particular — in rural Romania. Poverty is rampant in these areas, with Internet access — or even computers — simply not being available in many homes. In fact, only 50% of Romania’s population is online. To combat these challenges, local libraries were set up to be the digital hubs of their communities, and the program has been changing lives and altering centuries-old perceptions:

It’s an interview well worth watching, and you can see it right here:

As I watched, I kept remembering how a program with some similarities was implemented where I live, on Canada’s east coast in Newfoundland and Labrador. Back in 1995, in the earliest days of the Internet when few homes had access or even computers, community libraries were promoted through Industry Canada‘s Community Access Program as places for people to connect online. That increased access gave people new ways to communicate and improve their lives.

Newfoundland and Labrador has also seem a situation similar to Romania’s, where many parents have had to go looking for work in other places. The ability for those families to stay in touch through Skype, Facebook, and other platforms is helping keep family connections stronger than would ever be possible otherwise.

Perhaps most noteworthy of all, one new program, SmartForceNL, now gives every resident of Newfoundland and Labrador access to:

How about where you live? How are the Internet and social media in particular solving problems and improving lives?

“When Lorne handles our media relations we consistently get greater coverage, with those reports being more accurate and positive.

“More people today know and appreciate our work, thanks to his input. For us, Lorne’s involvement is an excellent investment.”