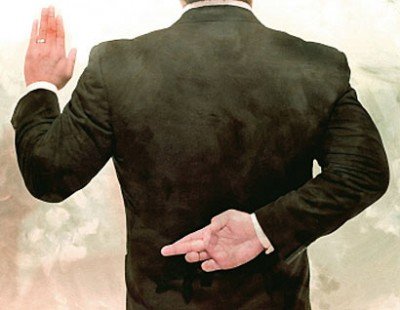 How much better would they have emerged if they had insisted on honesty from the very beginning?

Public relations is suffering from bad PR. The industry is seen as the corporate vehicle for hiding the truth, and somehow wringing good news from bad. Have an oil spill? Did a patient die on the operating table? Did the chairman have an affair with an assistant? No problem… call in the PR team. It has created a sad situation, and we all suffer the consequences.

Actually, it’s not hard to see how we got here.

Restoring PR as a business function

It’s only natural that companies would call in their best communicators when faced with a crisis. But it is both politically and financially unwise to reserve the PR function for crises. Public relations should always be actively involved in corporate planning, able to contribute to the directions being set, rather than just figuring out how to put the best spin on the decisions once they’ve been made. If companies had sound advice on communications for every decision, at least two significant benefits would result:

The greatest tragedy is that not only the general public, but many decision-makers and even PR teams themselves, have come to see public relations primarily as a resource for crisis communications. The best way to change that is to make sure the team is at the table whenever policy is being set, not just when there’s bad news to wrap.

On an even deeper level though, there is another trend that needs to be reversed. Unfortunately, it seems to be increasingly more natural for businesspeople to lie when it’s expedient to do so. Companies and leaders — and hey, all of us — have to get back to believing that it is never okay to lie. From a credibility, integrity, and yes often even a financial point of view, the bottom line is better served by the truth rather than a lie. Consider Watergate, the Canadian military’s Somolia crisis, Clinton and Lewinsky, and many, many, many other situations. How much better would the leaders have emerged if they had insisted on honesty from the very beginning? Even after the initial serious mistakes had been made, the situations could still have been kept from spiraling out of control if more integrity had been shown in facing the truth.

Imagine if the leaders in those situations had had the courage to stand up early and say, “I have made a serious mistake, and I want to set things right. I will not hide or disguise the truth in any way, and I will not tolerate it from anyone else.” It might have turned those crises into opportunities to show character, and start building for a better tomorrow. It didn’t happen, but it could have.

And from a credibility, integrity, and financial point of view, it should have.

“I highly recommend Lorne as a very knowledgable and experienced public relations and marketing professional. He is someone who cares about people first and it clearly showed when I used his consulting service many years ago and again recently. He is definitely my ‘go-to’ person for issues requiring public relations expertise.”