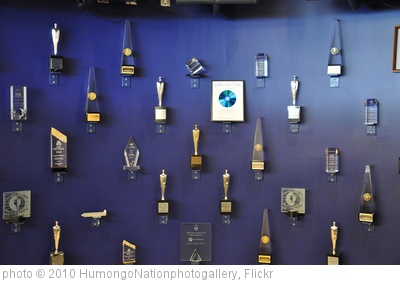 Forbes Magazine unveiled its list of The Top 50 Social Media Power Influencers just a few days ago. I find these lists worth reading for a few reasons. First and most obviously, it’s interesting to see how the industry changes from one year to the next. What new faces are there? Who is rising? Who is sliding down or has dropped off entirely? Kind of like the nerd’s version of the red carpet at the Oscars.

Fair enough. But to me, a list of the social media powerful is very different from such lists for any other industry or activity. Social media has been one of history’s greatest levelers, spreading power to the masses in a way that is completely unprecedented. Traditionally, the media and decision-makers were small groups of powerful people, and the rest of us had to do whatever we could to get noticed or be heard. We’d write releases. Perform crazy publicity stunts. Hire a PR consultant or publicist. Do our best to find or build personal connections or generate groundswell of support for our talents or our causes. It wasn’t easy.

Social media changed everything. Suddenly we didn’t need a stamp of approval from a news director or station manager. We became broadcasters in our own right, getting our messages directly to the masses. For some with great talents, that was all that was needed to shoot right to the top. For most of us, it didn’t propel us to fame, but it certainly made us more visible than we ever could have been otherwise, and opened some doors in those traditional media channels and power circles that would never have been unlocked for us without our newfound Internet presence.

Best of all, social media opened up two-way channels for each entity struggling to get noticed, not only to those media power brokers, but to the rest of the common folk who would inevitably start to clump into groups of fans or haters or those who just remained oblivious. Most of us probably don’t look at a list of top movie stars or recording artists or business leaders to see how many we’ve chatted with in the past year. We see such people as being on a different level, and somehow inherently unreachable. But social media influentials are by definition different. They made their way there by communicating and being open, so there’s just more of an expectation that they will remain open and reachable, and that they will honor the spirit of social media. And many of them do exactly that.

For many of us though, our top social media influencer is a local contact who made it seem easy, or a Facebook or Twitter connection who just seems to epitomize the way things are supposed to be on social media. They set a standard, and helped influence the way we in turn will influence those around us. They may not make the Forbes list this or any other year, but they have done more to shape our understanding of social media than any big name ever will.

So take a look at the Forbes list. How many do you recognize? How many of them have you connected with, whether online or in real life? Are there any names not there that you thought would have been? Who are the people who have influenced your understanding of social media, whether in a smaller circle or as part of a much larger group?

And how many people would think of you as their top social media influencer?

“Lorne has established himself as a leader and as the ‘go to guy’ in Newfoundland to deliver knowledgeable and effective trade services to the mainland. Lorne’s firm also has an impressive and leading-edge online and social media presence that is indicative of his leading edge marketing skills that leads me to recommend his services for professional actions in these turbulent economic times.”