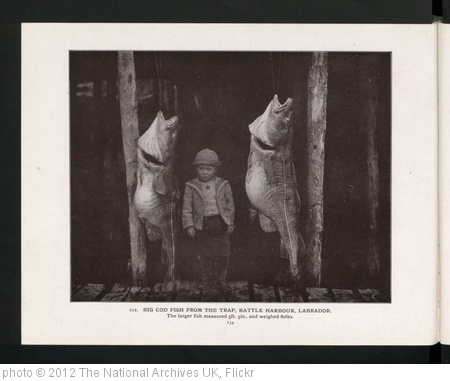 Some things are toast. The Titanic. It sank. It’s not coming back. The traditional newspaper industry. The 70s. Your first kiss. They may be memories you cherish and even want to restore, but you can’t. You just can’t. And into that list you can add the Atlantic cod, and Direct Messages (DMs) on Twitter.

Once, times were good for both of those. The Atlantic cod were so plentiful off the coast of Newfoundland that the early explorers scooped them up in buckets rather than nets. Meanwhile, over on Twitter, the pioneers there could send direct messages to each other and know they’d be seen. Good times all around.

But now those times are gone.

The Atlantic cod were wiped out by centuries of overfishing, ultimately decimated by huge factory ships that could park year round on Newfoundland’s Grand Banks, constantly sucking fish in by the millions and packaging them day and night without ever needing to leave. Having emptied the North Atlantic, the factory ships then sailed into the teeming waters of Twitter where, instead of pulling cod in, they started pumping spam out, constantly filling DM inboxes with self-promotional drivel under the thin guise of auto-generated “thank you” links.

If you follow 50 or 100 people on Twitter, these auto messages may not be a major annoyance for you. However, if you’ve climbed into following thousands or even tens of thousands on Twitter, you almost certainly know all too well the bother of getting a steady stream of thank-you DMs:

By the way, it’s fascinating how many times that last DM will come from someone who has about 150 followers. But sadly, some people actually do click on those links, and so the factory ships keep on sucking in and spewing out more and more and more.

Do you want to know me or spam me?

You may think, if you follow relatively few people and so the number of messages you see are small, that automating your DMs is just a way to be efficient with your social media activity. Some consultant or blog post may even have recommended you do so, and given you a link to some software to make it all easy.

However, if you are trying to establish true relationships with the influentials who have lots of followers, it’s time to rise above the clamor. If you auto DM, your attempt to say hi is now lost in that steady stream of messages flooding your target’s inbox. You have made yourself appear to be clutter and even spam. Not an effective strategy.

Move beyond the auto message, and send some actual tweets: real words from the real you. Personalize them and focus primarily on the recipient’s interests rather than yours. Care. Be genuine. Engage rather than broadcast. Spend time to be sincere and relevant. That’s how you build relationships in the real world.

And that’s how you do it in social media.

“Your writing is superb — it’s powerful, positive and it gets results, even in the very tight time frames that we’ve given you. You’ve developed highly effective releases on new programs that you were not even familiar with, and delivered them in our deadline of 90 minutes!”