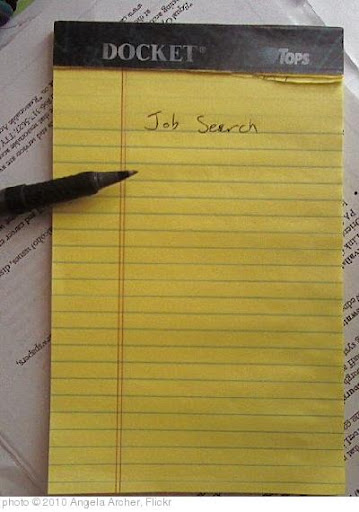 I’ve spent days and days on Twitter trying to talk to all sorts of people, and they either don’t answer or just don’t want to help.

I’ve had my resume up on LinkedIn for months, and not one person has even asked for an interview.

Social media can be fun, but it’s no way to get a job.

It’ll never work for me. I suck at social media.

If you’ve heard any of those thoughts floating around your head lately, it’s time to toss them out. Social media can indeed help you find work, but like anything in life, you’ve got to do things well if you want to see results.

Here are three reasons social media isn’t getting you a job yet, and how to turn things around:

You want people to get you a job.

“Duh. Well of course I do!” Actually, there’s nothing wrong with that in principle. Social media can help you meet more people than ever before possible, and many of them actually are in positions to advance your career. But you need to care for and get to know them because you want to know them, not because you can get something from them.

Been thinking, “How can I get them to give me a job”? If so, you’re toast already. Instead, start genuinely thinking, “I like this person and am really enjoying the connection.” Or if you’re more the business than social type, at least ask, “What value can I bring?” rather than focusing only on the value you can get. Good managers excel at recognizing people who are givers in a sea of takers. So give yourself a break. Be a giver.

You’re building connections instead of relationships.

The old saying “It’s not what you know, it’s who you know” is more true than ever. But that’s actually good. Yes, of course you need to know your stuff. But lots of people do. Whether you’re a welder or a social media powerhouse or even if you have a Yale or Harvard or Princeton MBA, there are thousands more people out there with the same credentials. The best jobs will go to the people who instill the highest level of confidence. And how will they instill that confidence? It will often be through a recommendation or endorsement from someone who has lots of credibility and trust. But those endorsements come through real relationships, and not through lots of people to whom you’ve been sending tweets or messages, talking about how good you are. Getting to know lots of people can be great. But focus on a few real relationships with a few real people. Interact. Share. Be real. It probably won’t deliver quick results. But real life seldom does.

Here’s the catch 22. You’re on social media looking for work, and you might even be genuinely working hard at it instead of just chatting and looking at Facebook pictures of Cindy’s cat. But one of the things that’s hurting you is exactly that. You’re on social media looking for work. What else are you doing? How are you using your time? Are you being productive while unemployed? Building your skill set and helping others — remember that point mentioned earlier? — while you’re looking will take you much, much further than just sitting at your computer. Make good use of your days. There’s always work to be done, even when there’s no work to be found.

Maybe social media isn’t getting you a job because you’re not letting it do its job well. Make some changes, focus on delivering the most value you can, and you and social media may both be working better soon.

“I was extremely fortunate to find Lorne Pike & Associates online. He is a media / PR expert in addition to being well-versed across the marketing communications spectrum of offerings. From the first email to close of the project, Lorne has been consistently reliable, innovative and has produced results. He spends a lot of time listening and his follow-up and attention to detail inspires confidence. It’s been a truly excellent experience working with him and his network of experts. I have to get to Newfoundland and Labrador very soon to shake his hand. He has proven that long distance can work with the power of social networking and an authentic, reliable approach.”