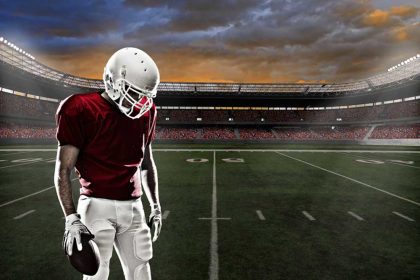 Surprise! Football can deliver real lessons on how to blog and sway the heart.

In the locker rooms and stadium hallways after yesterday’s Super Bowl, some stirring stories were being told. The triumphant New York Giants were exultant after another heart-stopping comeback. It was elation beyond words.

In the locker room of the New England Patriots, the air was so thick with defeat that words could scarcely be pushed out. If you had watched the season, and especially if you had followed the teams since their last Super Bowl contest, you knew this had been a legendary match. One of the great Super Bowl games had just been played, and what happened on the field would be the stuff of chats and posts and tweets for a long time to come.

However, for those who didn’t watch the Game, or who had no interest at all in the NFL, the whole thing seemed like silliness. A waste of time. Some decried it as a barbaric match between overpaid men who should find something better to do.  Just as the two teams had battled inside the stadium, in the arena of public opinion two sides would go on sparring long after the final whistle had blown and last bit of colored paper cleared away.

It’s not unlike the debate that many of us see each day in our work or our other pursuits. We have passions that run deep, and are puzzled or even horrified by those who see things another way, or who don’t see your cause as one even worth considering. If it’s your mission as a blogger or marketer to win over others to your point of view, you know that trying to change even one person’s opinion can sometimes seem hopeless.  A heart is never an easy thing to sway.

That’s why, in the flurry of today’s articles about yesterday’s big game, I couldn’t help but be struck by a few writers today who bridged a gap that other writers hardly seemed to know existed. They showed a deeper side to the Super Bowl and its players and coaches. Poignant may not be a word that first comes to mind when you think of the NFL, but these writers captured poignancy and laid it bare for all of us, whether we love or loathe the game.

Take a look at these articles as two of the main players deal with the crush of defeat. Feel the emotion and look at the attention and symbolism given to so many elements that might have been so easily missed. The meeting of the opposing players in the hallways. The stone silence of the locker room. The awareness that there is a big party going on just a few rooms yet a million miles away.

Wes Welker’s dropped pass might have sealed the Patriots’ fate, and he knew it

In my mind, these are not only great sports stories, but real lessons on how to blog; how to sway the human heart. It’s not about statistics or mightiness or power or winning. It’s about opening the soul of the reader and filling it with genuine emotion and insight. The advice has often been given that the best way to capture readers, win audiences, and build markets is not with fact but feeling. Whether buying a car or home or ticket to a ball game, we will be pulled in far more by the emotion we attach than the pure performance or specifications or statistics that may be trotted out by those who wish to win us over. For some the appeal may lie in the fun fervency of the painted faces and bellies. For others in the personal stories behind the players, and their growth through past and present victories and defeats. For others still it may be the physical endurance and outpouring onto the field with each game. As these writers and the players themselves make clear, however brutal and physical a game it may seem, football is first and foremost a game of heart and passion and caring.

As is your blog and your business.

Or at least that’s how it should be.

“my practice has doubled”

“Lorne Pike goes above and beyond his duties in providing a marketing plan. With the research and contacts he provided me, my practice has doubled in size.”